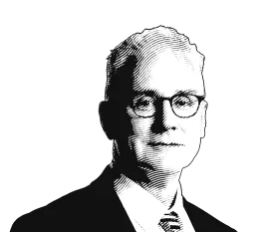 Prices across the nation’s residential real estate markets are stabilising and should begin to increase in the second half of next year after a mild downturn over coming months, according to CoreLogic, which monitors prices.

The nation’s smaller capital cities, which include Perth, Brisbane and Adelaide, were “nudging back” as government support for buyers and record low interest rates boosted confidence and demand, said Tim Lawless, CoreLogic’s head of research. But the markets are expected to pass through a trough in the first quarter of next year as government income support schemes and mortgage repayment moratoriums are eased, leading to an increase in defaults and distressed sales.

During September, there were only 435 valuations by banks planning a property foreclosure, the lowest level in a decade, according to CoreLogic.

The rate of decline in Melbourne and Sydney is slowing to less than 1 per cent, while major regional cities within two hours' commuting distance of their central business district, such as Ballarat and Newcastle, continue to outperform.

“The trend for remote working is being normalised,” said Mr Lawless, who will present the analysis next Tuesday at a conference on retirement funding, housing and care.

“The housing sector is stabilising,” he said. “Markets will move into a trough over the next few of months and stabilise in the first quarter of next year. Potential stress in the first half of next year will be mild and concentrated in the apartment market.”

Making the most of equity

Joshua Funder, chief executive of Household Capital, which offers reverse mortgages, said its analysis showed more than seven in 10 Australians over 60 wanted to remain in their homes, despite claims they want to downsize.

A reverse mortgage borrower can take the funds from the equity in a home as a lump sum, a regular income stream, cash reserve, or a combination of all three. The mortgage, compounding interest and all fees do not need to be repaid until the property is sold.

Major lenders pulled out of the market but companies including P&N Bank, Heartland Seniors and Household Capital are competing in a sector monitored by the Australian Securities and Investments Commission, whose powers have been boosted in line with the government’s policy to encourage the use of equity release.

Strong demand for these products overseas, such as Canada and the UK, is being boosted by an ageing population.

More than 80 per cent of the average person’s wealth is held in the value of their homes, rather than their more liquid superannuation, which is being battered by low fixed-income yields and volatile equity markets, according to Mr Funder.

Former Productivity Commission chairman Peter Harris, who is on the Household Capital board, said Australians had traditionally been reluctant to take advantage of the equity in their homes.

“[This is] even if they needed cash for health reasons, such as having a hip fixed,” Mr Harris said.

“This generation has been given an option for their retirement funding that previous generations did not have, a choice for limited borrowing on an appreciating asset.”