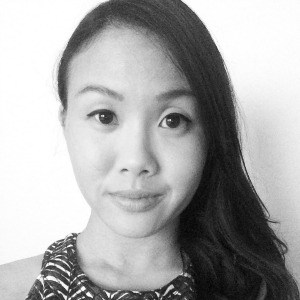 While the Government’s Retirement Income Review final report has been widely welcomed by the financial services industry, there have been opposing views regarding home equity being able to improve retirement incomes.

The Financial Services Council (FSC) said it welcomed the report and noted the report’s conclusion that the retirement income system was effective sound, and its costs were broadly sustainable.

FSC chief executive, Sally Loane, said: “The FSC acknowledges the review’s emphasis on using retirement savings more efficiently, and we support implementing the Retirement Income Covenant for trustees. In the context of our successful system, however, we urge the Government to also consider carefully whether any changes to the schedule increase in the superannuation guarantee (SG) to 12% would be in Australians’ best interests.

“The independent review, and the Productivity Commission inquiry that proceeded it, both emphasised that consumers have a right to expect our retirement and superannuation systems are efficient.”

The FSC also pointed to the fact that the Government expenditure on the Age Pension as a proportion of gross domestic product was projected to fall over the next 40 years to around 2.3% and that higher superannuation balances reduced Age Pension costs.

The Association of Superannuation Funds of Australia (ASFA) also welcomed the report and said the report echoed the association’s concerns that unnecessary tinkering by successive governments has led to unwarranted and costly complexity in the system setting.

However, ASFA said it disagreed with the review regarding the importance of increasing the SG to 12% as the increase was a cost to businesses of less than one dollar a day for the average worker.

ASFA chief executive, Dr Martin Fahy, said: “For many Australians the increase to 12% SG is essential to offset the financial loss from super withdrawn under the COVID-19 early release scheme”.

The Financial Planning Association (FPA) also welcomed the report and called for the three pillars to be better integrated and aligned with a single purpose to promote Australians’ understanding and confidence in the retirement income system.

It said improvements to financial literacy and access to affordable financial advice remained essential to help Australians prepare for their retirement.

The report’s section on options to boost adequacy said releasing home equity could boost retirement incomes with a modest impact on debt. It said withdrawing $5,000 a year would mean retirees would still have around three-quarters of the value of their home at age 92 for a house worth $500,000 at retirement.

CPA Australia’s general manager external affairs, and policy and advocacy, Dr Jane Rennie, was concerned the government was interpreting the report as support for a policy of relying on home equity to fund retirement.

“The complexities and pitfalls involved in accessing capital from housing are many and, given the declining rates of home ownership in Australia, such a policy may be unsustainable,” she said.

“Australia is one of the wealthiest nations in the world. Do we want a retirement system that provides an adequate retirement income for most, but potentially leaves significant cohorts behind or should we aspire to more than that?

“Enshrining an objective for the retirement system would provide welcome clarity on what the system is intended to achieve. This objective should be broader than just superannuation and also encompass the age pension, family home and non-super savings.”

She pointed to the reports observation that said: “Assisting retirees to use existing assets more efficiently, and draw down their assets in retirement, can have a bigger impact on improving retirement incomes than changes to the SG rate”.

“Accessing the equity built up in the home, to enable older Australians to fund a comfortable and independent retirement, makes sound financial sense for many senior Australians, and many already use this strategy,” Shepherd said.