Wendy Roberts has watched her superannuation balance fall by $50,000 from her hospital bed in Clayton, a south-eastern suburb of Melbourne.

The 63-year-old single mother of two was working as a project manager at Telstra, earning over $100,000 per year when she was first diagnosed with breast cancer. When she became too sick to work, she secured a redundancy package and transferred her savings and super to AustralianSuper.

Roberts filled out an online questionnaire which recommended she join the Balanced fund. Latest figures show this fund has over half its assets invested in shares – 22.6 per cent in Australia's stock market, and 34.7 per cent globally.

Last year, Roberts was pleased with her choice as sharemarkets globally enjoyed soaring returns. "Now I'm way below what I put in," she says. The fund lost 7 per cent across the year to date.

Since the market started tumbling in February, Roberts has seen her $270,000 super balance shrink by around one fifth. There have been no calls, no emails from AustralianSuper, Roberts says. "It's pretty poor. I suppose they just want people to stay with the super fund, they don't want people panicking and cashing out."

Roberts is one of the many older Australians who are not only facing the highest health risk amid the coronavirus pandemic, but are particularly vulnerable in the rollercoaster ride on financial markets. To cash out, lock in your losses and stop hemorrhaging capital? Or stay invested and wait until the market bounces back?

"Markets recover. It is the danger of switching when markets decline that you will lock in a loss."
Former Minister for Superannuation Nick Sherry

Former Tasmanian Senator Nick Sherry was the minister for superannuation during the global financial crisis in 2009. When the market crashed by 50 per cent, Mr Sherry had to hire extra staff to respond to thousands of letters from constituents complaining about the massive negative returns on their super balances.

"My message then, my mantra if you like, was that you should focus on the long-term returns of your super, not what's happening today," Mr Sherry said. "Markets recover. It is the danger of switching when markets decline that you will lock in a loss."

Research by Allianz Retire+, obtained exclusively by The Age and The Sydney Morning Herald, shows while portfolio losses since February 20 have wiped off an equivalent of 4.5 years in retirement income, fleeing to cash would lock in losses that could take eight years to claw back.

"We know it's a really stressful time for those particularly recently retired, but now they can make really bad decisions that will have a material impact on their retirement," said Allianz Retire+'s head of product Jacqui Lennon.

"It may feel like a safe decision to switch to defensive options, but it's a really bad decision."
Allianz Retire+'s Jacqui Lennon

It may feel like a safe decision to switch to defensive options, but it's a really bad decision. It's often a very knee jerk reaction where you're selling at the bottom of the market and putting money into something with a really low return."

During the GFC, Sherry made emergency changes to alleviate superannuation losses, like reducing the compulsory withdrawal rates by 50 per cent, and altering regulations so funds could publish long-term rates of returns on annual statements, rather than yearly. There is now a push for these measures to be reinstated, as well as loosening the criteria for access to super in times of financial hardship.

While many heeded the government of the day's advice, there was a cohort who ripped their money from equities and stashed it in defensive assets such as cash and bonds. Twelve years on, digital access to super has made it easier than ever to switch funds and the prudential regulator is now monitoring a spike in the number of these cases. Sherry said this is not only bad news for investors whose balances might be permanently disadvantaged, but also for the funds who are facing liquidity issues as businesses shut and unemployment skyrockets.

"Funds are dependent on compulsory, sometimes voluntary, levels of contributions flowing into the fund. With unemployment going up, it does affect liquidity. That wasn't the case in the GFC," Sherry said.

"People are crying out for quality independent advice during this time of uncertainty."
Super Consumers Xavier O'Halloran

Super Consumers director Xavier O'Halloran said a lack of access to financial advice made it harder for older Australians to make responsible decisions. With fewer than 20 per cent of people seeing a financial advisor, the consumer advocate called for a model like that available in the UK, where retirees have unlimited, free access to a telephone helpline and web-chats manned by independent advisors.

"People are crying out for quality independent advice during this time of uncertainty," Mr O'Halloran said.

Josh Funder, the chief executive of Household Capital, joined the calls for greater access to advice and said the superannuation system had been geared for too long to focus on those still in employment.

"The lack of focus on retirement and retirees means that group is particularly poorly served and doesn't have enough education and resources to have confidence in the decisions they're making," Mr Funder said.

AustralianSuper's head of advice, Shane Hancock, said super advice was available to members over the phone but face-to-face meetings were currently not available "for obvious reasons".

"We are experiencing unprecedented demand for advice and as a result there may be a longer than usual wait for an appointment," he said. "The current wait time for advice ranges between 10 and 15 business days."

AustralianSuper usually offers one free advice session and follow-up meetings for a full statement of advice start at $2500.

While Wendy Roberts has been savvy at researching her investments in the past, she can't afford the extra help and is now at a road block. "

At first I was thinking of taking it all out, having it sit in the bank, but from what I can tell that's not a good option. I wouldn't have a clue as to what's good at the moment," she says.

Funder said retirees should tap into home equity during this time to avoid having to draw down on their superannuation. But credit is increasingly hard to come by for older Australians without an income and Funder called on governments and the private sector to facilitate more loans. "We cannot let the fundamental retirement-specific form of credit evaporate during this time. And the government needs to be a part of that," Funder says.

Roberts has a mortgage-free home in Loch, a small town in South Gippsland, and lives off a super income stream of $690 per week. She is proud of the fact she has never been on government benefits. Despite her health condition making her more susceptible to dangers from the coronavirus, Roberts says she is most worried about how she will continue to support herself.

"I'm concerned not for my own health because I've already had to face that before. It's the economic impact and the flow-on from that that worries me," she said. Cash-poor retirees in Melbourne and Sydney could be sitting on a goldmine.Baby boomer...

If you’re worried about your super in these turbulent times, it might be time to take...

Retirees are being blocked from accessing the money trapped in their property as banks pull out of the reverse mortgage market, fuelling a growing income inequality among older Australians.

A new report has warned Baby Boomers have been dudded by only having half of their working lives to accrue super, while having most of their wealth tied up in the family home - putting a strain on families and the government to finance a rapidly growing ageing population.

The Household Capital white paper findings - backed by former superannuation minister Nick Sherry, former chair of the Productivity Commission Peter Harris and Per Capita founder Joshua Funder - said while 80 per cent of retired Australians own their own home the economy has failed to adequately fund their retirements.
Despite high levels of median wealth in Australia, retirees experience high levels of relative poverty because they can't access the equity in their homes. Many have only made compulsory superannuation contributions since 1992.

That strain is likely to increase with up to 5.5 million people born between 1946 and 1964 now reaching retirement. Treasury expects the number of people aged between 65 and 84 years to reach 7 million by 2054.

Despite the growth, the reverse mortgage market in Australia has remained static at around 35,000 outstanding loans valued at $3.5 billion for the past decade. The UK doubled that figure in 2017 alone.

The local decline has accelerated in the past 12 months, with the Commonwealth Bank, Westpac and Macquarie all announcing their exit from the Australian reverse mortgage market. The loans had increasingly been seen as method of last resort for homeowners and become a reputational risk for lenders in the wake of mis-selling disputes in the lead up to the banking royal commission.

Australia is ranked first on Credit Suisse's global wealth report with median net wealth of up to $200,000 per adult, but also has more than a third of its population aged over 65 in relative income poverty in retirement, the second highest rate in the OECD.

The white paper found Australia's retirement income policy needed to include a fourth pillar beyond superannuation, non-superannuation savings and the age pension - home equity, which would also allow retirees to opt to stay in their own homes longer.

Household Capital have called for the government to increase the threshold that can be transferred to superannuation and excluded from the pensions assets test to be raised to $300,000. Laws passed in 2012 mean borrowers can obtain up to 25 per cent of their home value at age 65.

The government does run a Pension Loans Scheme that can be used to take out a loan against the value of a home, but it is rarely used, and can only provide a fixed income rather than a lump sum.

Household Capital will launch its own home equity product on Wednesday.

The company’s chief executive, Dr Funder, said the retirement balances of baby boomers faced a double threat: only receiving compulsory superannuation halfway through their careers and gaining 10 years of longevity.

"Now the banks are constraining credit in home equity despite the huge need," he said. "Most people could easily fund their own in-home care if they had access to equity."

Dr Funder dismissed the impact of the proposal on inheritance and said longevity was more of an issue.

"What has disinherited the kids is Baby Boomers living to 95, "he said. "Kids get the money when they are 75 and it's too late."

Australians are experiencing a major societal transformation as the baby boomers, around... 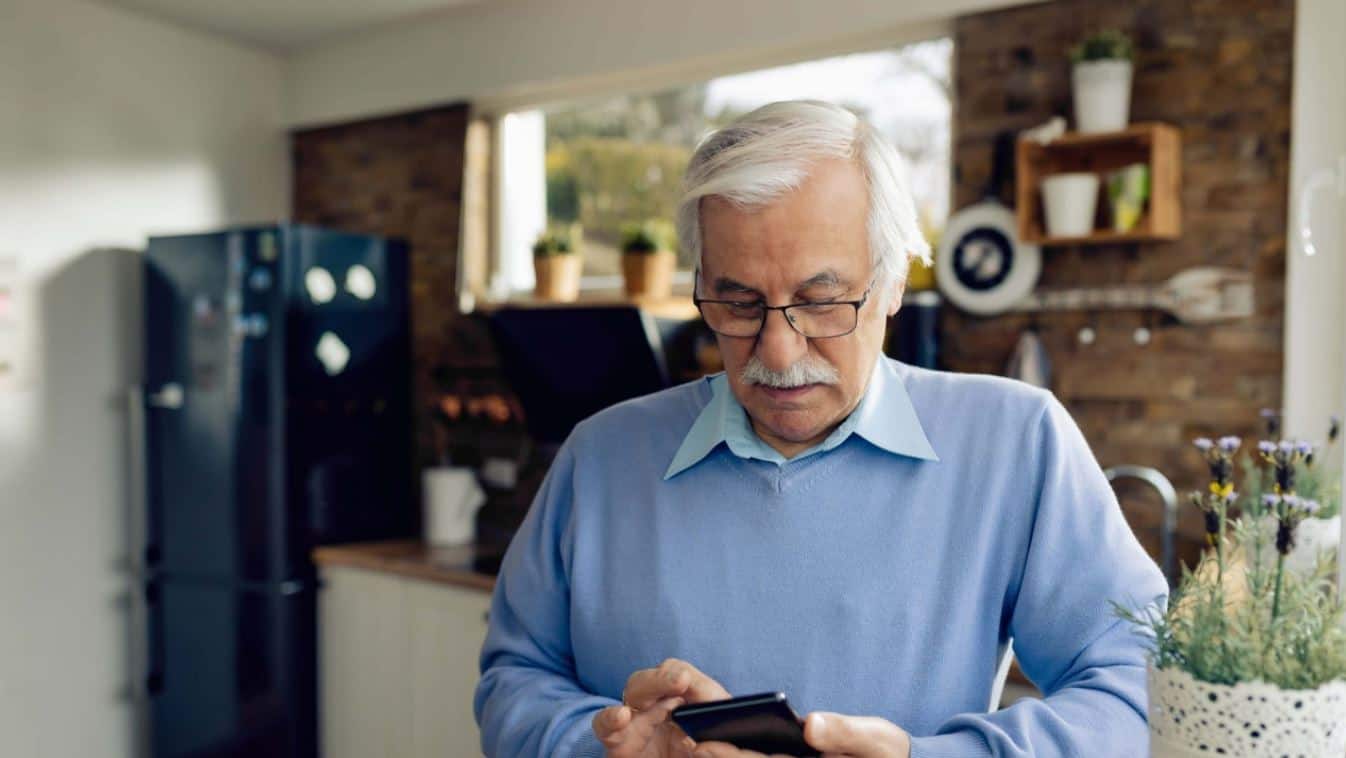 Just days after it announced a review into Australia’s retirement income system, the...