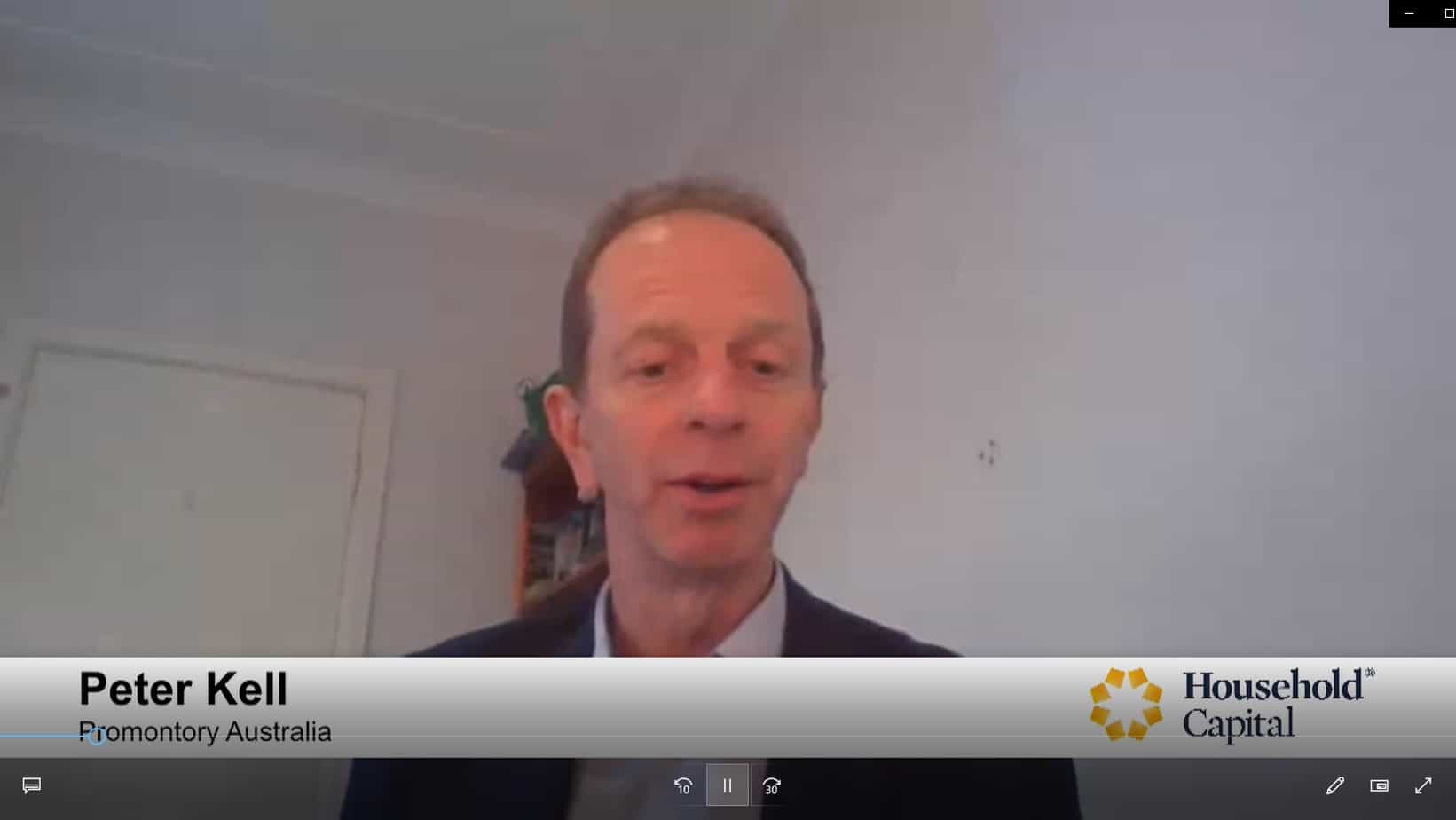 Shelley Wettenhall: I have the pleasure of introducing Peter Kell to our Third Pillar Forum today. Mr. Kell's the former Deputy Chair of ASIC. Prior to that, he was the Commissioner. And Mr. Kell has been the Deputy Chair of the ACCC and also served on the consumer policy committee for the OECD. He has been on the Financial Literacy Board since it's been established, and he's also the Chief Executive of CHOICE. Mr. Kell, I must say you really are the champion of consumer rights, and we are delighted to have you here today. Please, welcome.

Peter Kell: Well, thanks, thanks very much. And yes, I'm pleased to be here today because this is a really important topic. I mean the good news is we're living longer and our lives are healthier, but you could be forgiven at times for thinking that that's somehow a problem, as at times we seem to be stuck in a relatively narrow discussion about how to best fund those extra years in retirement. Look, it's quite appropriate that there's a lot of discussion around the pension and superannuation, but our thinking around the potential to use the equity in our homes to help fund retirement needs while still staying in the home, and that's far less developed. The thing that surprises me at times is that it seems that barely a week goes by when you don't see a media article that notes that many retirees are asset rich and income poor.

I'm not sure why that's a surprise in a country where the majority of older Australians own their own homes and where rising prices have increased the value of these homes over time to levels that often outstrip the value of their super. But it's an interesting question. Why haven't we seen a greater development of equity release products that would, in a responsible and sustainable way, allow retirees to tap the value of their homes? And they might wanna do this to provide better income or to fund appropriate home renovations that allow them to continue to remain safely and comfortably at home or to utilise appropriating in a home care. And one reason that continues to come up is that such products are seen as potentially dangerous for consumers from a financial perspective, or that it's a free-for-all out there.

Look, this may have been the case in the past, but it's certainly not the case now. And that's what I wanted to run through over the next few minutes. And in fact, I don't think it's well understood that the regulation governing these products today is much improved and stands up very well internationally. In fact, you could argue that it's the leader internationally. Look, of course there are still risks and issues for consumers, but there are both consumer protection laws out there that are specific to these sorts of products, and also more general consumer protection laws that really help the customer. So the first one is the No Negative Equity Guarantee and that's now been in place for... Well, since 2012, and it means that borrowers cannot owe more to the lender than the market value of their home when it's sold. And in fact lenders must pay back to the borrower any amount that was paid in excess of the market value. Furthermore, borrowers can remain in the home until they pass away or decide to move out.

There are also really important disclosure requirements that are specific to these products. And that's important because they're not always easy to understand for someone coming to them new. A really interesting one is that lenders must give borrowers projections of home equity taken from the Moneysmart reverse mortgage calculator that's run by ASIC. So that's interesting, there is actually an independently run calculator that provides an independent assessment of the projections for these sorts of products. And that's in addition to the information that must be given to the borrower about the particular product that they're taking out.

So there are then protections if the borrower does get into trouble. If the situation does arise where a lender wants to enforce the contract, then under the law, reverse mortgage credit contracts are... They're prohibited from including certain events as a basis for that sort of enforcement, such as a borrower failing to inform a lender that another person occupies the property. So there are also protections in place for those sort of worst-case scenario events. And then there are more general laws. Responsible lending laws continue to apply. The government's recently announced a review, but I think it's difficult to envisage a situation where responsible lending in this area will not require an assessment of the financial situation of those entering into the product.

And equity release products are also covered by laws that prohibit unfair contract terms. That's quite important. That's where you might have an imbalance between the rights of the lender and borrower. And in fact, ASIC took a look at this area a few years ago. They identified some terms in some common contracts that they regarded as unfair and they worked with the industry to have them removed, so that an example of that is certain non-monetary default terms that could get the borrower into difficulty if there were frankly, pretty inadvertent, minor, untrue statements that wouldn't have really altered the lender's credit risk. So those sorts of things are there in place as well.

And the final one I would mention, and it's not an exhaustive list, is that of course providers of these products, they have to be licensed and they need to be a member of the Financial Complaints Authority which can hear the consumers complaint for free. So that was a quick run through and look, apologies if you're not an aficionado of regulation, but what I'm... [laughter] The point I'm seeking to make is that when it comes to consumer protection, the regulatory environment for equity release products we have in Australia is robust and arguably right up there with the best in the world, and that's appropriate, that's entirely appropriate.

Shelley Wettenhall: Sorry, Peter. Would I be right in saying that this is probably one of the most heavily regulated financing products available in the Australian market, and people can have the [06:50] ____.

Peter Kell: I think that's right. As I said, you've got a combination of rules that are specific to some products, plus more general consumer protection laws. And what that suggests to me, to conclude, is that, the consumer protection aspects of the policy regime do not seem to need a lot of tinkering. And in fact, the consumer protection regime ought to, and in fact does support the aim of providing equity release products to fund retiree needs in a responsible and sustainable way now, in a way that allows people to access that value in their home while continuing to live in their home. Those rules that are in place now support that ambition, and that's really important to understand.

Joshua Funder: And Peter, I think there's a... I think that the last thing you just said is absolutely fundamental to the justified concerns people had about these products 10 or 15 years ago, and what's changed. Historically, these were recourse loans or products where the provider could evict, like a normal mortgage, like a bank mortgage, could evict the customer. That's no longer the case. So a long time ago, traditional bank reverse mortgages were associated with either living at home forever, 'cause you've paid off your mortgage, or drawing on your home equity at risk that the bank could foreclose. That was an either/or situation. Now, the regulations you have just mapped out changed the game. And what they mean now is with guaranteed occupancy, you can choose to live at home for as long as you like, and your home can be both the place where you want to live and the way to fund your retirement. It's no longer either/or. Your home could be housing and funding, and you're protected on both. They can't take either of those things away.

And I think that's a rubicon that's been crossed by the regulation, been crossed by the structure of the industry. The disclosures work well. The ASIC LVRs that make sure people are protected, and in most scenarios people at age 90 would own... Still own more than half the house, even if they took out the maximum viable. So ASIC and the Australian regulators have done a great job, but I think more needs to be done to communicate that it's different now, you're protected, and your home can be housing and funding at the same time, the rest of your retirement.

And I don't think we've got the national understanding of that, and I think until we do, home equity can't be truly the third pillar of retirement funding and housing, it'll be misunderstood. But it's necessary to understand it so that we can open it up and people can draw on it to fund their retirement. So in your experience of regulation and getting it not just right technically, but really making sure people understand those protections and understand the product, so that the best form of regulatory compliance is customer understanding. How do we go on that journey with Australia and make that tipping point real to Australian retirees?

Peter Kell: Yes, look, it's an interesting question. How do you increase the community's awareness of regulation given that it's not always the sexiest topic to engage in? But I think in some ways, it needs to be built around case studies and explaining it in the way that it makes sense to individuals in their particular circumstances. And when you make it clear to someone what the no negative equity guarantee actually means or the ability for people to remain in their home, or you even run them through the calculator, I think that can certainly help. And what we might also need to do is to just ensure that those who have a stake in making sure that the regulatory regime works, including ASIC, continue to do their bit to explain to people what's involved and enable people to get the information that's going to help them. So there's no magic bullet there, because as I said, regulation isn't always the first... The top of the pops, but it's a positive story, it's a positive story, and that's one that we ought to be telling.

Josh Funder: Peter, so on that note, warm thanks for your contribution to advocating on behalf of customers for so long now, but also for really helping us start the journey to understand what's fundamentally different, why this is safe, but also why this can be an option nationally, but also for individual retirees and their families. Thank you very much.

Peter Kell: Thanks very much.