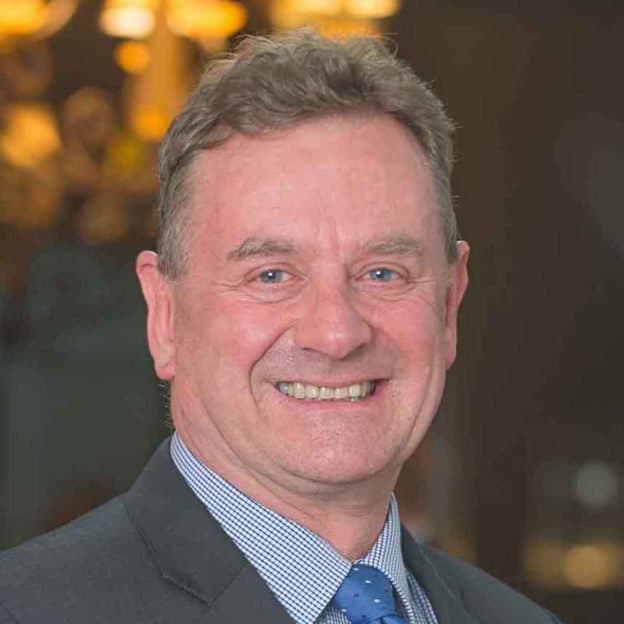 The Gap in Super

Shelley Wettenhall: It's a great pleasure to introduce and welcome Nick Sherry to the 2020 Third Pillar Forum. Nick Sherry was a Tasmanian Senator for 22 years and during that time, he was the Assistant Treasurer and the Minister for Superannuation, Corporate Affairs and also of Small Business and during that time, his political career made a significant contribution in his role in building the superannuation sector as we know it today.

With that deep expertise, Nick has also gone on to an international career to advise countries around the world with Citigroup and E&Y about how to best craft defined contribution superannuation systems for the populations, grappling with the issues of baby boomers, aging populations and inadequate retirement funding and Nick's also been the director of Spotless, FNZ and is also the chair of an NGO called Youth Family and Community Connection in Tasmania.

Josh Funder: Nick, welcome to the 2020 Third Pillar Forum and really take us through your thoughts about superannuation, it's inadequacies for baby boomers and the role of the Third Pillar in providing to meet the needs of an aging population.

So there's a very long phase in transition period. There are lots of other debates which are important about where the money's invested and fees and everything else but the fundamental challenge of a defined contribution system is that time in the system. So the reality, the outcome for baby boomers, mid-50s moving into retirement or currently in retirement, is the outcome is less than would be the case for a younger generation who've been in the system much longer on the well, on the full contribution currently 9.5%. The outcome is modest and because of that, depending on the individual, they will usually not have sufficient income in retirement and for most it's a supplement to the age pension. So for most, coming up to retirement in retirement, their savings levels in superannuation plus the age pension are inadequate. Hence the importance of the Third Pillar.

Josh Funder: Nick, Australians have some of the richest retirees in the world. We've just beaten Switzerland for that title, mean $1.4 million in assets and yet most of that is saved diligently through working life in the form of home equity and only a small part in superannuation. So what are the systemic changes we need to make to enable those baby boomers who have had limited time in the superannuation system to draw on their pensions, to draw on their super, to live in their home and to draw on their home to fund their retirement through what is now 30 years of retirement?

Nick Sherry: Well we know that the savings levels for the baby boom generation are inadequate in superannuation plus age pension. What we do know is that the considerable [04:25] ____ significant asset... [pause]

Josh Funder: Nick, if you could just back up. We lost you there when you answered that question. I'm sorry. In the studio...

Nick Sherry: Do you want me to start the answer to that question again?

Josh Funder: Yeah, I'm sorry. I don't think we got any of that.

Nick Sherry: Yeah so the considerable majority of baby boomers have insufficient income from super and the age pension. We do know that that same group of baby boomers, 80% plus, have a much, much more significant asset by value in their own home and so it is important that they are able to utilize some of the value of their own home to meet both additional income requirements in retirement and also perhaps expenditures and expenditures that are critical in retirement, such as in home care and age care and there may be other uses as well. They may wish to provide a bequest to their kids or grandkids before they die and the estate, the home passes on to their family.

So that's the fundamental dilemma. It's how we utilize some of the value of that home asset investment saving, use it much more effectively for baby boomers, lifestyle, safety, income, protection, all of those sorts of issues in retirement.

Shelley Wettenhall: Nick I would imagine that women would actually be a big disadvantage given that they sometimes do break up their time when it comes to the workforce. So the superannuation perhaps has not had as long to grow. Would you mind commenting on that?

Nick Sherry: Look, one of the critical challenges of a defined contribution system, as much as it is an in a big improvement on the old system, which only ever covered three out of 10 Australian workers, the current system is an improvement but there are a couple of structural weaknesses that women face in the operation of the system. One is their average income is between 12% and 15% less for comparable work than men. Secondly, breaks in the workforce for children, child rearing and in primary care. Maybe that should change but that is the reality they face so they'll have a break in contributions and I would advocate certainly this latter challenge of the breaking contributions, I think it is reasonable to help overcome that disadvantage but by government making an additional contribution when women are out of the workforce for parental care reasons, I think that's one effective solution to that challenge.

Josh Funder: Nick, take us through how Australia can make the challenge of longevity. Baby Boomers at the point of retirement now have on average 25 years to live but need to plan to live for longer than that, if they are above average in their longevity. Now when you started to help build the Australian superannuation system, longevity was roughly 10 years shorter. So how does a country, how do individual families keep up with longevity? We need to celebrate the fact that we live long, healthy lives but somehow we've got to make sure that retirement housing and retirement funding can help people right to the end of their lives.

One of the things that need to change and need to be put on the table here at the third pillar forum to try and get the challenge of longevity right for Australia.

Nick Sherry: Yeah it's a really big dilemma and it's a dilemma and question that is being examined with no perfect solution, not just in Australia but everywhere where there's a defined contribution system, that the challenge of defined benefit is quite different. I basically approach retirement and given I'll be at that age very shortly, in three sort of stages, the sort of go-go active years, hopefully 10 to 15 years in retirement, then the go slow years, when you are not perhaps as active.

Well you're not as active, you're not physically able to be as active. That's the go slow years and then the third phase, which is the full care, you're in a facility where you need that specialist support and I think the reality is your income needs are different over those three stages. Certainly the first 10 to 15 years, you do need broadly two-thirds of your pre-retirement income assuming your home's paid off so I think that making up the difference if you have insufficient superannuation age pension with some equity draw down from your home will make an important contribution should make an important contribution.

And then of course it's how you then pay for in-home care and aged care. Now government at the moment covers a large part of that cost. My reading of the economy, taxes, etcetera, is government is never going to be able to satisfy the needs and we're seeing this in the recent budget. Yes, additional funding for aged care and in-home care. However, it is not sufficient to meet the growing demand because of that demographic challenge and again, I think that's where some of the equity in the home plays a very important role in that second and third stage in retirement.

Josh Funder: Nick, five years ago a lot of the conversation around government policy and aged housing is really an incentive to downsize but it's very clear that Australians have a strong intention to stay at home throughout retirement and now a lot of the policy changes have been to support in-home aging and Australia retirees have just had a major challenge through the pandemic, to their health, where they are more susceptible to COVID but also to their economic outlook in a low growth environment, where their superannuation, their dividends, their term deposits and the prospect of a much lower return on their investments.

So where Australians are committed to age in place, what are the in-home care, the funding, the community policies we need to then use to support that throughout that lifetime, particularly after COVID when nobody wants to leave the home. They're safe there from COVID and during a Royal Commission into Aged Care, when nobody wants to move prematurely into aged care at the end of those three phases that you mapped out.

Nick Sherry: Well all of the current environment economic COVID, reinforces firstly, the inadequacy of superannuation for most because you're absolutely right, the longer term return outlook is going to be lower so their income from superannuation would be lower. At the same time, the current environment is reinforcing the centrality of people keeping their own home. The truth is and the reality is that most people want to stay where they are, as long as possible. It's an environment they know, they're comfortable with. It's their neighborhood, they're familiar with the local community.

Nick Sherry: The reality is that it's only a very small proportion of the population who are going to ever want to or be able to sell their home and so downsize or move somewhere different. That's very much a small part of the retirement community and I don't believe it's going to change. So drawing on some of that home asset, treating it as an investment, it also adds to diversification. Separately from the diversified risk profile of your superannuation. Inevitably, there's going to be a trend because government doesn't have the resources and that asset resource overwhelmingly rests with the individual to pay for some of this.

Josh Funder: Nick Sherry, warm thanks for your contribution to the 2020 Third Pillar Forum.

Nick Sherry: Thank you and the best to your viewers.